Been doing some tests rendering hair in 3ds for texture use. Its really either that or just painting it out in photoshop. I'll most likely end up making a base cap with overlaying cards/strands to break up the shape.

Heres how the test look in marmoset on a curved plane. Will probably end up making it less "silver", especially witcher 3 have given him more or less white hair (from what I've seen so far). 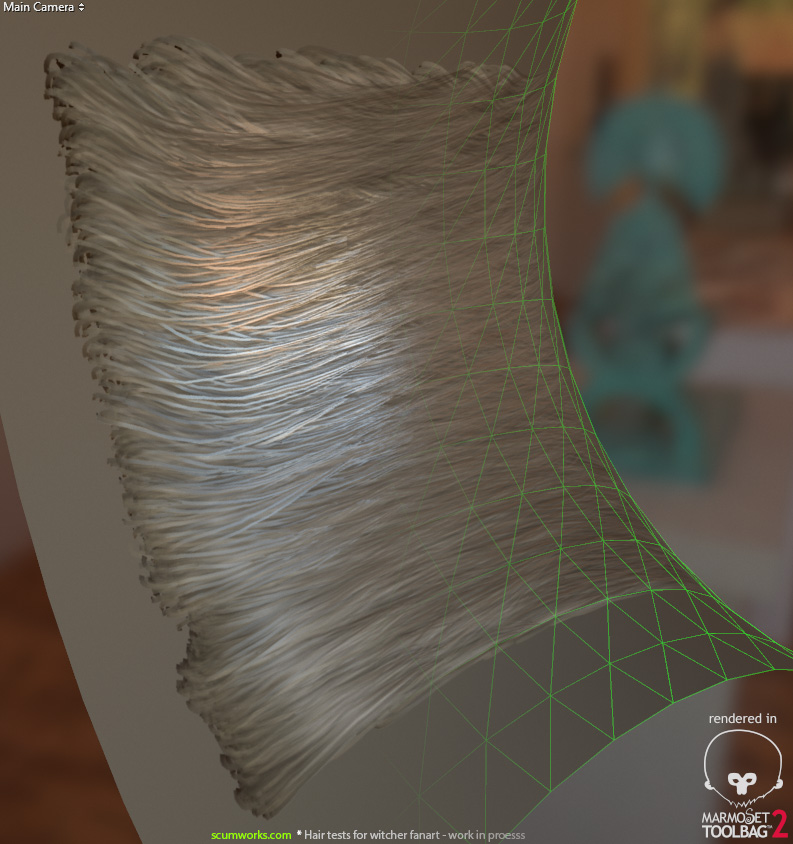 Edit - Heres a image of the main cap (that will be underneath the hair cards/strands) textured with the same patch. Im debating the thickness and feel... but so far so good.

Second edit - Made a tex for the eyes, not final but getting there. Hair with anisotropic spec and SSS to smooth the light. 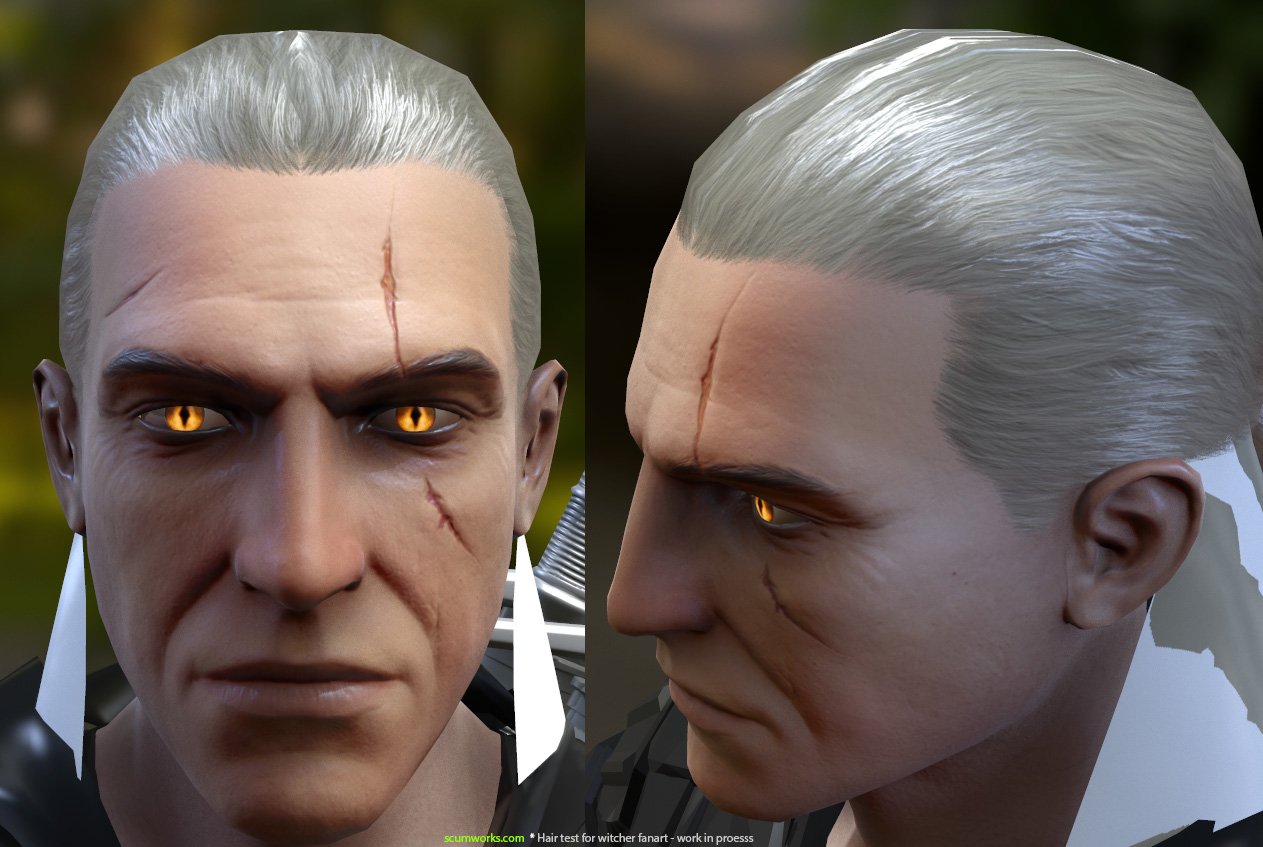 Made a quick bake of his body (really dirty) and tweaked the eyes abit (might make them glow instead, donno).Im using a 2k map for his body, but details are still comming up a tad blurry. Hope I can get abit more mileage out of it once the texture sheet is packed better. Atm im just working on getting the hair done.

Last edit to post - Bake of armor now done. Still havent had time to look at his hair or beard tho =/ 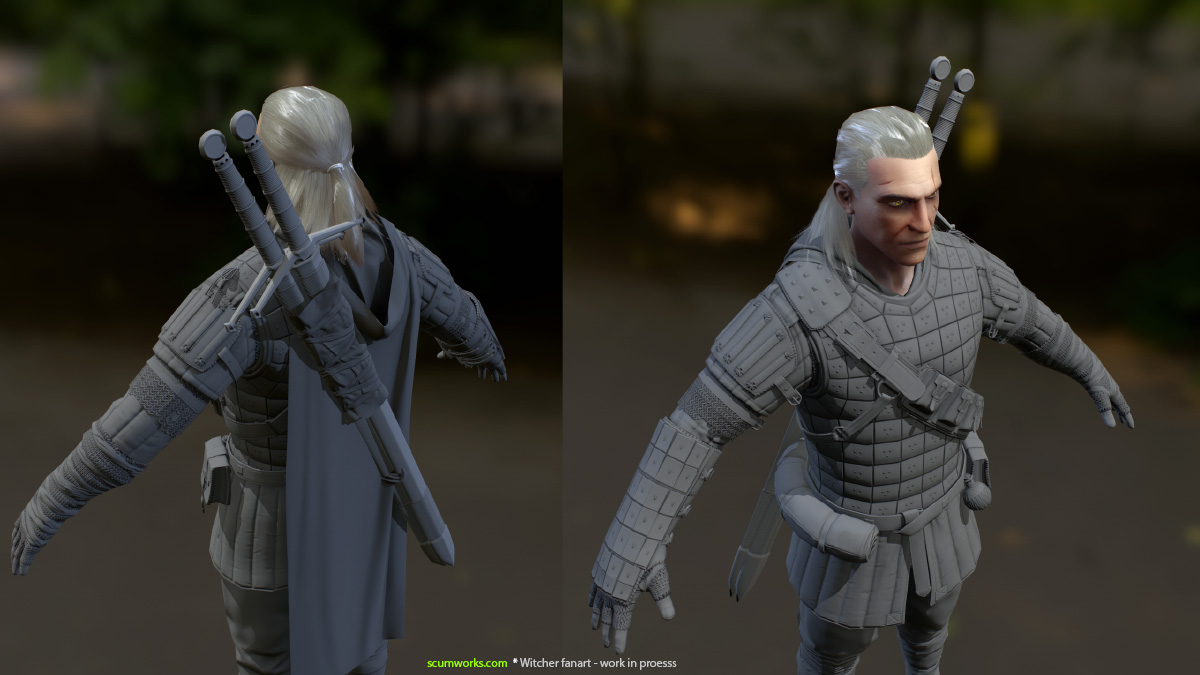 Testing out some skin shading in marmoset toolbag. With witcher 3 right around the corner, I'll probably just stick with making the character, posing him in marmoset.

As you can tell, I've started to block out the hair to get a feel for the volume and shape. More to come shortly! 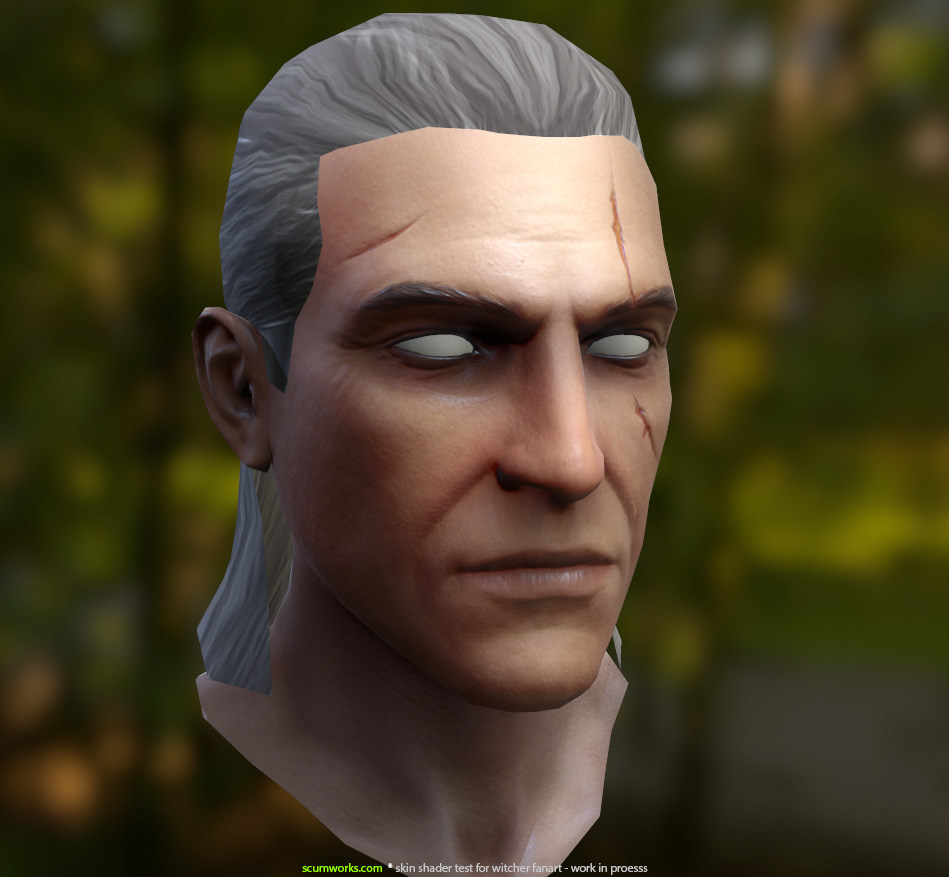 Armors 95% done, just missing folds on his cloth (pants/boots/armor padding) and fixing a few things clipping (just noticed his shoulder). Once done I'll move on to his face, hands and hair, fun times! 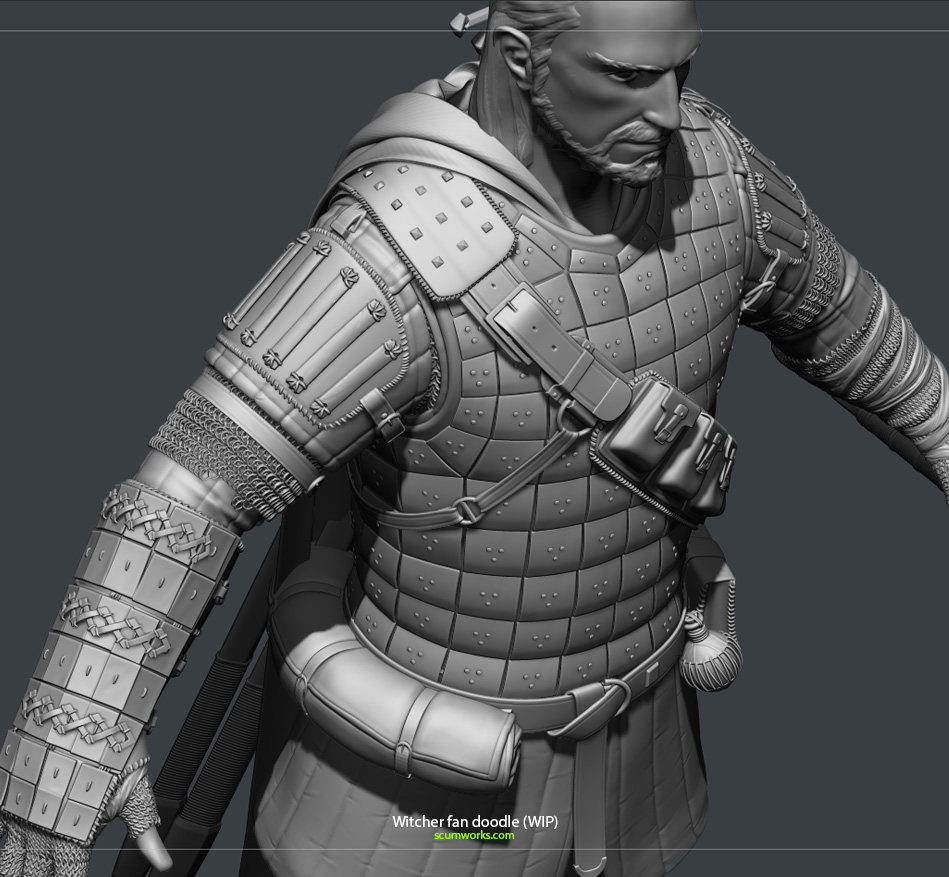 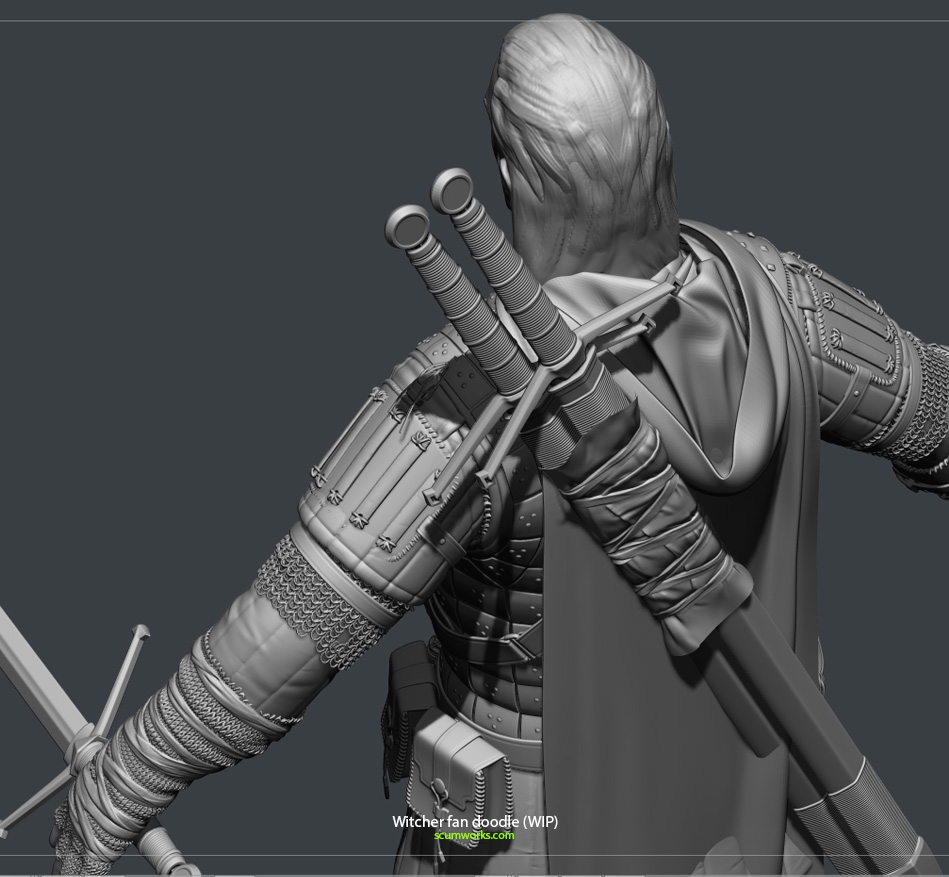